The Fellowship of the Book: Manutius & Bembo in Renaissance Venice

The figure of Aldus Manutius, the “Michelangelo of the Book,” is inseparable from the city where he produced his most important innovations: Venice, the principal printing centre of the Renaissance. As a scholar of the Italian Renaissance, when I taught at the study abroad program “Penn in Venice,” I always included Manutius among the eminent intellectuals who shaped the image and destiny of Venice. This is exactly what fascinates me about Manutius: his profound ties with the Serenissima – or Most Serene City – and its vibrant cultural environment. Aldus not only absorbed the values of this multicultural hub, but also, precisely through his printing activity, he contributed to enriching and defining crucial facets of its tradition.

An example of this bond is Manutius’ pioneering creation of books in octavo, a smaller format that allowed scholars to carry books around and read them anywhere, not just in a library. Unsurprisingly, this very practical idea emerged in Venice, the “Queen of the Seas,” whose economy relied on commerce and entailed long sea voyages. The pragmatism of these “pocket books” reflected that of the traditional Venetian cookies, the Baicoli, dry but flavorful sweet crackers that lasted many months, thus becoming ideal for long trips at sea.

In turn, through his famous edition of the Hypnerotomachia Poliphili (1499), Manutius inaugurated the tradition of lavishly decorated, high-quality book illustrations in La Serenissima. Its page-wide illustrations are considered the best example of the classic trend of Venetian engravings, with solemn and monumental images inspired by Andrea Mantegna’s style.

Manutius’ masterpiece ushered in an experimental trend that, in the seventeenth century, produced inventive combinations of words and images, such as Giovanni Palazzi’s anthology La virtù in giocco, overo dame patritie di Venetia famose per nascita, per lettere, per armi, per costume (1681): a book whose main component is a real set of playing cards. Each of these cards bears the portrait of specific Venetian women and a brief text explaining how they contributed to the glory of the Republic.

As the crossroad of Renaissance Europe, Venice incarnated the mandatory destination for intellectuals from all over the world, among whom was the philosopher Erasmus of Rotterdam. He travelled Italy for three years (from 1506 to 1509), visiting its major cultural centers. The Dutch scholar contacted Manutius, then at the peak of his fame, requesting that he publish one of his texts. Only through Aldus’ name, Erasmus said, could his words achieve immortality. Therefore, Erasmus and Aldus worked together intensively for one year and, in 1508, Aldus published Erasmus’ Adagia – an anthology of proverbs from Roman and Greek antiquity – effectively ratifying the scholar’s fame as a humanist.

Manutius’ eye for business also pushed him to take advantage of the Venetian privilegio di stampa, one of the first forms of copyright. Venice and Rome appear among the first cities to try to regulate this booming but also chaotic market plagued by innumerable incidents of plagiarism, especially in the case of engravings. Venice was the first to introduce the privilegio, originally in the form of a patent or monopoly, thus crafting the modern concept of intellectual property that now shapes our consumption of cultural artifacts. Manutius received one of the earliest examples of exclusive rights over an invention or process: only he could print in Greek (using his new Greek type) for twenty years, starting from 1496. In 1501 Manutius also requested a patent for his chancery cursive typeface, obtaining the extension of this privilegio in all Christendom for fifteen years in 1513, thanks to Pope Julius II.

Aldus’ most notable relationship with Venice, though, emerges through his fellowship with the intellectual and polygraph Pietro Bembo. Whereas Manutius revolutionized printing and reading, Bembo revolutionized the Italian literary language and canon. This mutually beneficial partnership evokes another fertile fellowship that flourished later on in Renaissance Venice: that of polygraph Lodovico Dolce and printer/editor Gabriele Giolito. While Dolce contributed to Giolito’s goal of widening the readership of vernacular literature by targeting women, Manutius and Bembo laid the groundwork for the canonization of Italian literature. 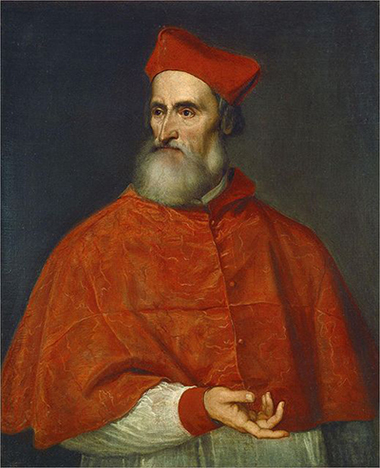 Bembo was born in Venice to an aristocratic family. He studied Greek with Constantine Lascaris (probably after meeting the scholar Angelo Poliziano) and then graduated from the illustrious University of Padua. His involvement in Italian literature derives from the passion that his father, the intellectual Bernardo Bembo, cultivated for vernacular authors, to the point of having a monument to Dante erected in Ravenna. He also brought Pietro with him to Florence during his duties as ambassador of the Venetian Republic. There Pietro made contact with the Tuscan literary language, which proved crucial in orienting the young humanist’s literary tastes. In 1525, Bembo published his most influential treatise, the Prose della volgar lingua, expressing his theory on the quarrel about the Italian literary language.

After centuries of Latin as the official language for the lofty genres of literature, Italy was ready to switch to the volgare (the regional vernacular). Among the numerous volgari, though, the one chosen for literature needed to be as prestigious and refined as Latin. Thus a debate raged through the Renaissance Italian courts, engaging several famed humanists, such as Niccolò Machiavelli, Giangiorgio Trissino, and Baldassar Castiglione.

Bembo’s solution, based on an illustrious literary tradition, won. He proposed using the Florentine volgare of the fourteenth century, identifying Petrarch as the ideal model for poetry and Boccaccio for prose. By connecting language and literature, Bembo codified not just a language but also a specific literary canon, attributing to Petrarch and Boccaccio the role of “founding fathers” in Italian literature.

Bembo’s proposal also ushered in a literary trend that characterized Italian lyric poetry throughout the Renaissance: the Petrarchismo. It consisted in closely emulating every aspect of Petrarch’s poems, from his themes, to his style, down to his metric choices. By the end of the century, the Petrarchismo had expanded also in France, Spain, and England, thus assuming the proportions of a European-wide phenomenon.

Manutius and Bembo’s partnership was particularly successful mainly because it benefited both sides equally. Bembo owed Manutius his first steps in the literary arena, since Aldus published his first texts – the scientific treatise De Aetna and the dialogue Gli Asolani– and entrusted Bembo with the critical edition of Dante’s and Petrarch’s immortal masterpieces. For the De Aetna, Manutius decided to use a new italic typeface, and commissioned it to his trusted punchcutter Francesco Griffo: in 1495-96, thus, the Bembo typeface was born. Griffo would continue to develop and refine the design of this typeface, achieving stunning results in 1499, when Aldus published the most admired illustrated book of the Renaissance, the Hypnerotomachia Poliphili, or The Dream of Poliphilus in English. Bembo’s typeface, thus, lies at the core of Aldus’ masterwork, and beckons to us through the centuries by inspiring its contemporary version (in 1925 by Stanley Morison) and its digital one (Bembo Book, that Monotype released in 2005).

Manutius also published the first edition of Bembo’s Gli Asolani (1505), a series of dialogues about love set in Asolo, near Caterina Cornaro’s court. Bembo took inspiration from Boccaccio’s Decameron, which he would later indicate as a model for vernacular prose. The seeds of Bembo’s reformation of literature, therefore, had already emerged twenty years earlier in this pivotal publication that marked the beginning of the humanist’s fame.

Bembo’s collaboration with Aldus for the edition of Dante’s Divina Commedia and Petrarch’s Canzoniere (alias Rerum Vulgarium Fragmenta) represents the highlight of this partnership. On the one hand, Bembo had the opportunity to gain a first-hand appreciation of Petrarch’s poetics and style, which would later resurface in his decision of setting Petrarch as a model for poetry. The fact that Bernardo’s library contained one of the very few original manuscripts of the Canzoniere offered Pietro an unparalleled opportunity and facilitated his work. On the other hand, Bembo provided a philologically accurate product that presented those texts in a new light and became the edition of reference until the late nineteenth century.. Moreover, by printing vernacular books alongside the classics in Latin and Greek, Manutius bestowed the same prestige and status of canonical masterpieces to the literature in volgare. Therefore Manutius proved to be at the forefront of literary as well as printing innovation.

In turn, Aldus owed Pietro a great deal of his success. For instance, his Accademia Aldina, dedicated to the promotion of Greek and Latin literature, prospered thanks to Bembo and Erasmus’ participation and contribution as humanist scholars. Bembo also played a role in relation to the symbol that distinguishes Manutius’ editions (which first appeared in a 1498), the emblem of a dolphin clinging to an anchor with the motto festina lente, “make haste slowly;” Aldus probably derived it from an ancient Roman coin that the antiquarian and numismatic enthusiast Bembo offered to him as a present.

In the editorial area, Bembo actively contributed to Manutius’ own project of standardizing punctuation by introducing some punctuation signs, such as the apostrophe, for the first time: for instance, Bembo applied the apostrophe in a way similar to today’s use in Aldus’ 1501 edition of the Canzoniere. Bembo also indirectly contributed to one of Manutius’ famous innovations: the libelli portatiles, prototypes of our modern pocket books.  In his prefatory letter to Pietro Bembo, within his 1514 edition of Virgil, Aldus recorded that he “took the small size, the pocket book formula, from your library, or rather from that of your most kind father [ed. Bernardo Bembo].”[1] Manutius’ edition in octavo of the 1501 Canzoniere achieved such tremendous success that it has been known as Il Petrarchino, or little Petrarch, in homage to its miniature size. It now embodies the symbol par excellence of Manutius’ pocket-sized books. To realize how famous this edition became, let’s consider that it even entered the realm of painting: women authors who aimed to emphasize their literacy commissioned portraits that depict themselves while holding a Petrarchino (see, for example, Andrea del Sarto’s Dama col Petrarchino and Bronzino’s Ritratto di Laura Battiferri). Therefore, we could reasonably claim that Manutius’ Petrarchino epitomizes the very act of reading during the Renaissance.

Venice still remembers Manutius and honors him by reminding passersby of the places where he lived and worked. A plaque indicates Manutius’ abode in Campo San Stin, and another marks his printing shop in a narrow street between Campo San Luca and the Campo, now called Manin, a couple of blocks from Piazza San Marco. This location, in the pulsating heart of Venice, attests to the pivotal importance of Manutius’ enterprise, which, together with eminent humanists connected to the Serenissima, made Venice the world capital of books.

Dialeti, A. “The Publisher Gabriel Giolito De’ Ferrari, Female Readers, and the Debate about Women in Sixteenth-Century Italy.” Renaissance and Reformation. 28.4 (2004): 5-32.

Witcombe, Christopher L. C. E. Copyright in the Renaissance: Prints and the 'privilegio' in Sixteenth-Century Venice and Rome. Leiden: Brill, 2004.