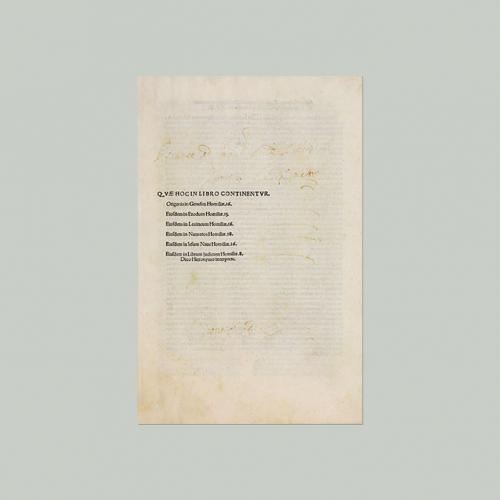 Origen's Homilies, as translated by St Jerome. Origen was a 2nd-century theologian from Alexandria, and has been called the "greatest textual critic of the early Church" according to Wikipedia. The preface to this edition makes clear Aldus' business relationship with Andrea Toressani. Set in roman type throughout. An early instance of the Anchor & Dolphin device appears at the bottom of p 379.